Khufu whose father  Sneferu had erected the first true Pyramid( The Great Pyramid) at Giza Plateau. It was constructed from 3,200,0000 blocks of Limestone, each weighing an average of 2.5 tons. It differs from most Pyramids in having two burial Chambers within the built structure and a third unfinished chamber below the ground.

khafara succeded the throne after the death of his half –brother, Djedefra, chose Giza Necropolis to build his Pyramid, his Pyramid was smaller to that of Khufu, but it is better preserved, The Pyramid of Chephren  can be easily identified by the Casing stones that still Cling to its Pointed top,

Menkuara is the builder of the third pyramid of Giza, He was the son of Khufu, His Pyramid is 66 meters high and Covers less than a Quarter of the Area of the Great Pyramid. His black stone sarcophagus, also carved with niched panels, was discovered inside but was lost at sea as it was being transported to England.

The Great Sphinx of Giza is the largest, the oldest and probably the most famous monumental statues in the world and an iconic symbol of ancient Egypt was carved out of limestone on the Giza Plateau. It  is usually assumed that the head of the Great Sphinx was carved into the appearance of Khafara(Chephren)

5-The boat Museum of Cheops

The Solar bark was discovered in a pit on the south side of the Great Pyramid. It has been reassembled ( from more than 600 original pieces) near the spot of its discovery, It measures more than 42 m in length and 5 meters in width

6- The valley temple of King Chephren

Khafar`s Granite-Lined valley temple, excavated by August Marriatte in 1860, was found to Contain several royal statues, Including a magnificent Monolithic seated statue of the King with Horus falcon embracing the back of his head, which one of the masterpieces of the old kingdom sculpture. The diorite from which the statue was carved was obtained by an expedition sent to ( Cheferen Quarries) in Lower Nubia, some 240 K.m south-west of Modern Aswan

7-The Mastaba (Tomb) of Idu

The tomb of Idu, numbered G 7102 in the Eastern cemetery, lies to the east of the tomb of Qar and to the north of the much older mastaba of prince Kawab. Only a few remnants of the tomb’s masonry are preserved today above ground.

The niche with a statue in the west wall of Idu’s offering chamber is highly exceptional. The bottom half of the false door is formed by a rock-cut half-length engaged statue of Idu whose hands are extended forward to receive offerings. The offering table was placed in front of him on the floor where the relatives of the deceased brought food and drinks to feed his soul.

Idu’s statue thus expresses the ancient Egyptian belief that the soul of the deceased entered through a false door from the other world to this world to get its sustenance. Idu is depicted with a full figure, large belly and breasts, which are a sign of his well-being and wealth.

Qar  is the "beautiful name" (we would call it the nickname) of a person whose birth name was Meryrenefer  formed by the association of the name Meryre (name of King of Upper and Lower Egypt of Pepy I) in a cartouche, and the adjective nefer (beautiful, good, perfect ...) The inclusion of a royal cartouche in a person’s name is not unusual at this time. It indicates that the tomb cannot be prior to this sovereign, but not necessarily that it is later, for a funerary priest (as in the case of Qar) may act as a living image of the king whose worship he enshrines.

9- The Pyramid of Queen Hetepheres I

Behind the success of the great builders of pyramids, including Snefru and Khufu, stands a woman. She was one the most important women of the Old Kingdom (c. 2686 BC– 2181 BC) and the owner of a magnificent tomb full of treasures.

Hetepheres I was a wife of Pharaoh Snefru (ruled c. 2613 BC - 2589 BC), mother of Khufu, and the grandmother of Djedefre, Khafre, and Queen Hetepheres II. Her titles were: King’s Mother, Mother of the Dual King,

The first pyramid, which is currently known as the pyramid of Queen " Hetepheres," which is the mother of King Khufu Since a well was found for burial next to the pyramid, in which the contents of the tomb of Queen Hetepheres were found, and that was why the pyramid was attributed to it and that King Khufu may have prepared it to bury his mother after he learned of the news of the opening of her tomb after her death, so he transferred the contents of the tomb to that The well and that he built that pyramid to be dedicated to it It is a pyramid that has a square base and each side has a length of 45 meters. The pyramid was built at an angle of 51 degrees as the largest pyramid and the entrance to this pyramid and all the pyramids from the north.

Under the shadow of the Great Pyramid lies the mastaba of Queen Meresankh III, the wife of Khafra and granddaughter of Khufu. Both very large and exquisitely decorated, this is indeed a tomb worthy of her rank—and fortunately also contains the best-preserved wall reliefs in the Eastern Cemetery. These are decorated with a diverse array of scenes, including

bread baking, beer brewing, fowling, herding, mat making, metal smelting, and the sculpting of statues, apparently of Meresankh herself. These, along with the elaborate scenes of offering-bearers bringing all sorts of gifts to Meresankh, were intended to magically provide her soul with a continuous stream of food and goods in the afterlife. Interestingly, among the objects being brought to her are a canopy with a bed being set up within it, an armchair, and a carrying chair. Actual examples of very similar objects were discovered in the tomb of Hetepheres I, the mother of Kufu, and can be seen today at the Egyptian Museum in Cairo.

Among the most striking features of Meresankh’s tomb chapel is a series of ten large statues of women that are carved out of the northern wall. It is believed that they represent, in addition to Meresankh herself, her mother, and daughters as well.

The burial site was discovered in 1927 by archaeologist George Reinser and is said to contain a set of the earliest known canopic jar, which Ancient Egyptians used to hold the internal organs of the dead for the afterlife. 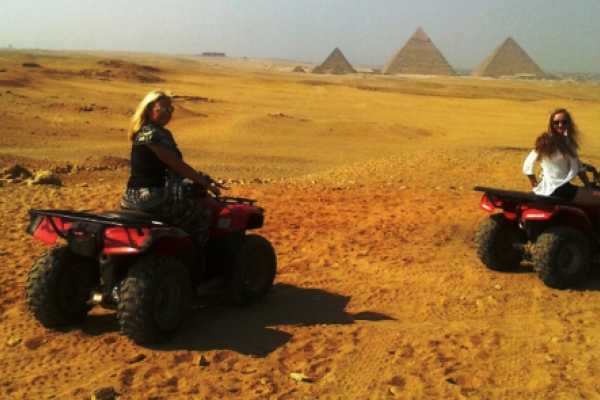 Pick up from your hotel in Cairo or Giza By Excursiesegypte representative and transfer you to Giza Pyramids and get your ride ready then Start The Quad Bike Tour The Buggy Tour is quite simply the most exciting way to discover all the ancient wonders of Egypt. Prices Quoted Per Person in Euro  ► Single Person  = 50         ► From 2 to 3 People =40      ► From 4 to 9 People  = 30  ► Child from 6 to 11 Years = 20  ► Not Preferable for Children under 6 Years ►Tour details ► Duration: ►  2 Hours Includes Pickup & Drop-off Time ► Type:   Private Tour ► Availability: ► Runs Daily ► Pick up & drop off: ► Cairo, 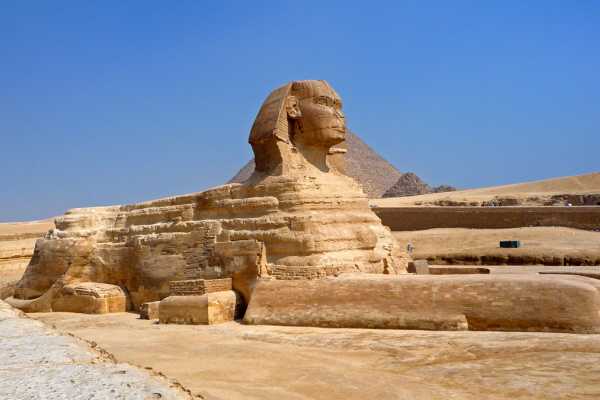 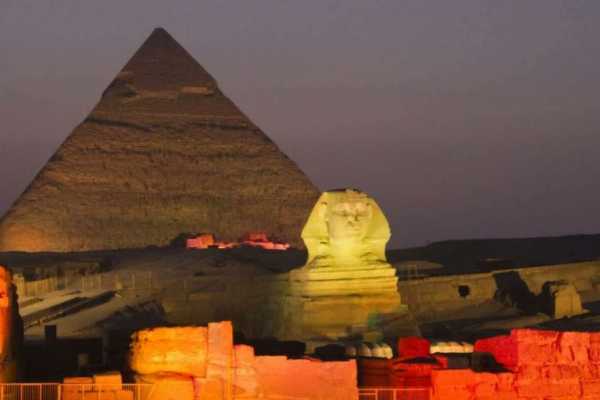 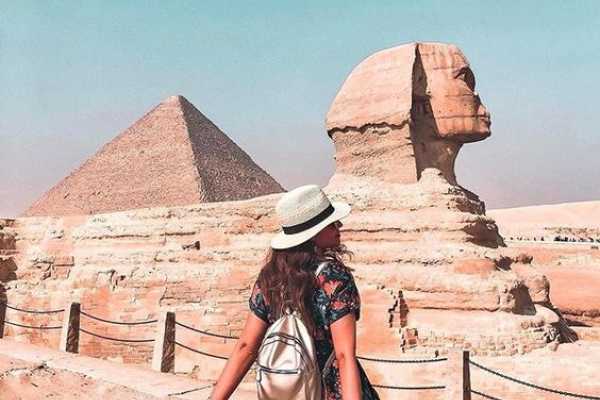 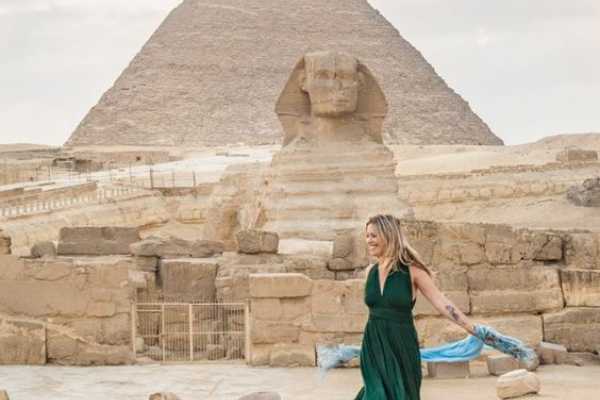