Damietta City is located at the Damietta branch,15 kilometres from the Mediterranean Sea, about 200 kilometres north of Cairo. Some historians and archaeologists mention that Lower Egypt was Divided into 20 provinces, Damietta was the seventeenth province and its Egyptian name The old "Tamehit" meaning the country of the North or "came" meaning the city of water or city Stream of water. 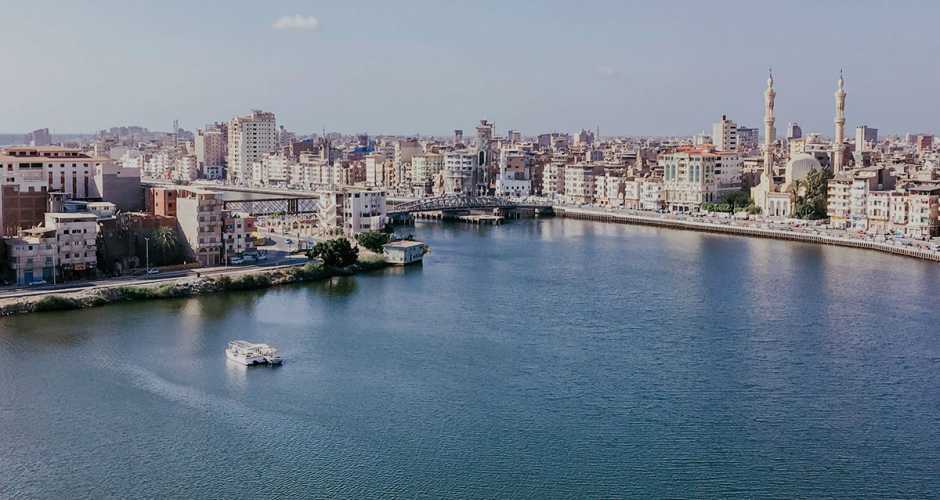 Damietta in the Pharaonic time

Damietta and the Greco-Greek era:

Damietta was ruled by the greek like other Egyptian cities since Alexander occupied Egypt in 332 BC and was followed by the Ptolemaic rulership until it was occupied by the Romans in the year 30 BC, the commercial and cultural relations between Damietta and The Greek people were increased when a large number of Greek scholars, writers and tourists travelled to Egypt, They were interested in studying Egyptian history, monuments, customs, and traditions and remained under the rule of Greeks for three centuries. The Greek Called the City Tamiats

Damietta provided the Romans with grain, linen, and all other crops.the imposition of high agricultural taxes led to revolutions against the Romans. When Christianity entered Egypt, Most of the people of Damietta converted into Christianity.

Damietta and the Islamic conquest:

Before the middle of the seventh century AD, Egypt became an Arab Country, Al-Miqdad bin Al-Aswad occupied the city by the order of Amr ibn el as, the Arabic leader.
The Arabs Changed the name of the City to be  (Dumyat, Damietta) The people of Damietta began to enter Islam and its inhabitants began to learn the Arabic language.

Damietta and the fifth Crusade:

Damietta was again important in the 12th and 13th centuries during the time of the Crusades. In 1169, a fleet from the Kingdom of Jerusalem, with support from the Byzantine Empire, attacked the port, but it was defeated by Saladin.

During preparations for the Fifth Crusade in 1217, it was decided that Damietta should be the focus of attack. Control of Damietta meant control of the Nile, and from there the crusaders believed they would be able to conquer Egypt. From Egypt, they could then attack Palestine and recapture Jerusalem. When the port was besieged and occupied by Frisian crusaders in 1219, Francis of Assisi arrived to peaceably negotiate with the Muslim ruler The siege devastated the population of Damietta. In October 1218 reinforcements arrived including the Papal Legate Pelagius with the English earls Ranulf of Chester, Saer of Winchester and William Aubigny of Arundel, together with Odonel Aubigny, Robert Fitzwalter, John Lacy of Chester, William Harcourt and Oliver, the illegitimate son of King John. In 1221 the Crusaders attempted to march to Cairo but were destroyed by the combination of nature and Muslim defences.[ 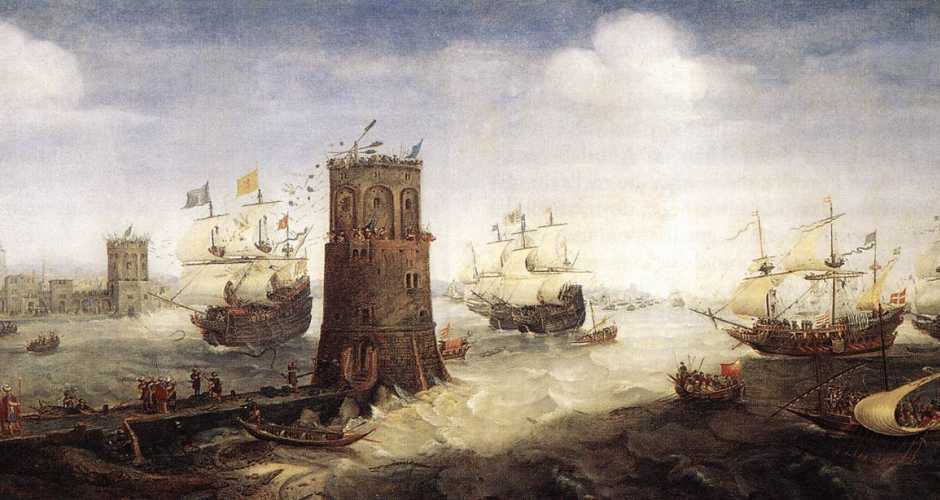 The Capture of Damietta City by Cornelis Claesz van Wieringen

Damietta and the seventh  Crusade:

The Crusaders again invaded Egypt through Damietta, at the head of a campaign led by Louis the King of France, which reached the beaches of Damietta on 4 June 1249 AD.
The Damietta people gave the most wonderful examples of heroism and sacrifice in resisting the crusade Until the defeats of the Franks armies rolled from their defeat at Faraskur to their defeat in Mansoura and Louis X I captured the king of France and was imprisoned in the house of Ibn Luqman in Mansoura and the french had to pay  400 thousand pounds in exchange for evacuating Damietta. It was evacuated on May 8, 1250, AD, and this day has become a national day for the province. 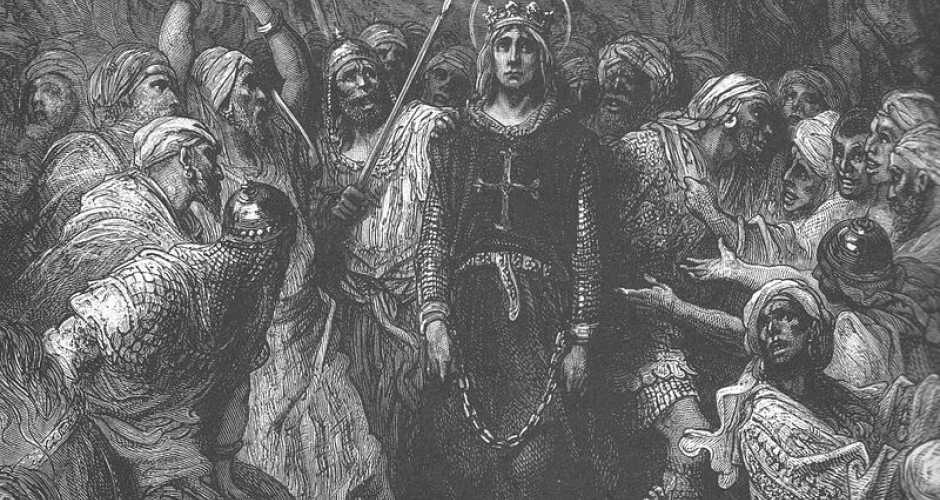 The Capture of  Louis X I in the battle of Farskour

Amr ibn al-Aas mosque It is one of the most famous and oldest mosques in Damietta, and it is called (Al-Fateh Mosque) Al-Arabi was built in 642 AD with the same style of the Omar Ibn Al-Aas Mosque in Fustat ( Old Cairo) and has Kufic writings and columns dating back to the Roman era. The mosque consists of a dome in the centre, surrounded by four iwans and located on the side Gharbia is the main entrance to the mosque, which is a prominent entrance from its walls and near the door, it has a square minaret hall that was destroyed by an earthquake in ancient times.

This mosque was converted from a mosque to a church to a few times. When (Jean de Brien) seized Damietta, 1219 A.D. he changed this mosque to a church, and when the Crusaders left Damietta in 1221 AD, he converted to a mosque. In 1249 AD, when Louis IX entered Damietta, he made the mosque a cathedral And he held great religious parties in the mosque, which were attended by the Pope's deputy, including the baptism of the child Which was born by Louis IX's wife, whose name is John, the mosque has remained in place since the Fatimids renewed it in the year 1106 AD. The governorate is currently coordinating with the Supreme Council of Antiquities to make the necessary repairs to this mosque 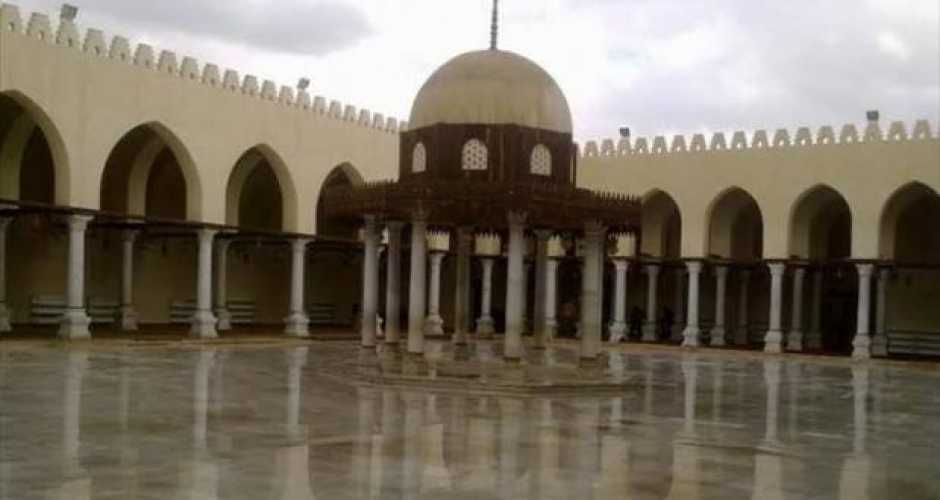 It was built by the merchant Damietta Muhammed al-Din -Al-Muaini  in the year 810 AH -1310 AD at the time of Nasser Qalawun. It is characterized by Amazing mamluks Style, the height of the walls and the minaret, and it is formed The mosque has 4 Iwans, the largest of which is the qibla iwan, and all ceilings are decorated with Mamlukse ornaments 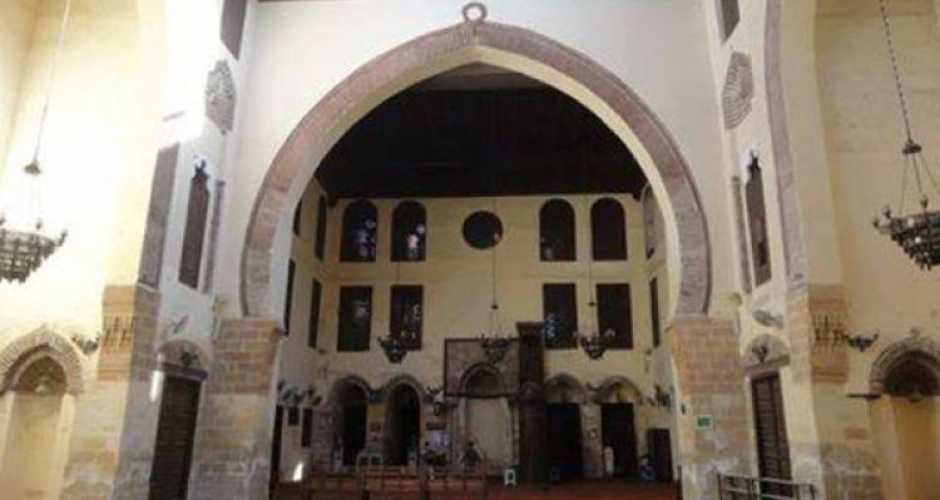 Ras El Bar, which translates to "head of land", is a resort city in the Governorate of Damietta, Egypt. It is located on the Mediterranean Sea at the mouth of the Damietta Nile branch. There are approximately 25,000 permanent residents in the city. However, during the summer peak holiday season, from July to September, the population quickly expands to over 250,000.

The land renting system started back since 1898, then started building houses and villas that were named "e'sha" (hut). In 1902, the first civic plan for the town was implemented. The plan established that the streets would be straight block style to maintain the town’s beauty. At the very beginning, those huts were built of wood and other simple materials, had only one floor and hosted only one family. These were temporary structures built at the start of the summer and removed at its end. Eventually, newer permanent villas replaced these using cement and bricks. Now, single blocks may have twelve units with most of them with garages. They are still named "e'sha" (hut) among locals. 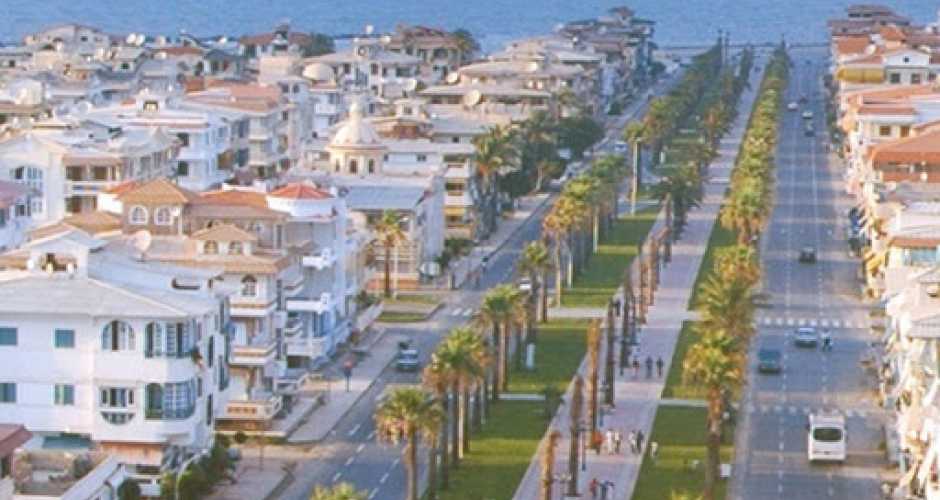 The area of  Lessan It is a concrete barrier erected on the northern coast of Ras El Bar Resort in 1938. Ras El Bar lies in a peninsula on the coast of the Mediterranean Sea, and it is bordered on the western by the Damietta Nile branch. The area of "Lessan" is located in the extreme northern part of this peninsula, and it is at this point where the Damietta Nile arm flows in the Mediterranean sea, which gives Ras El Bar the shape of a triangle.this is the best place for walking and watch the sunset and  best place for fishing lovers 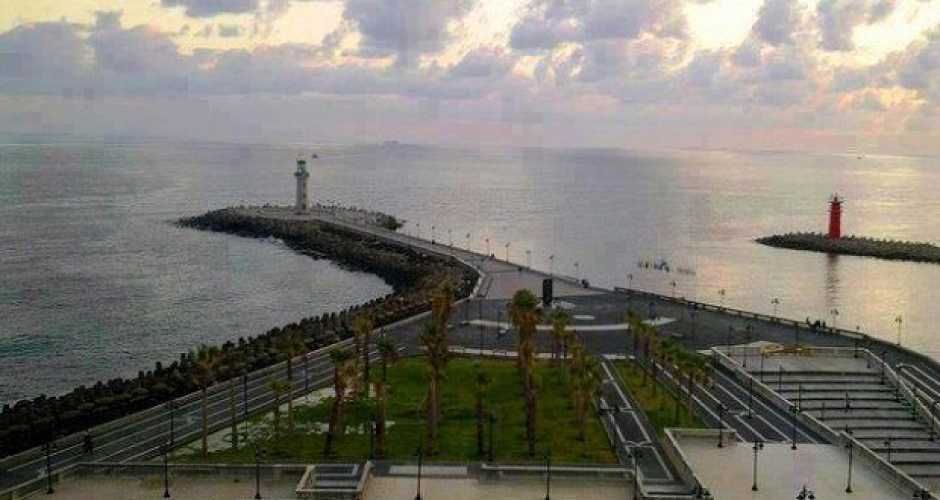 The city of Ezbet El-Borg و the reason for the name is due to the tower, which was guarding its shore against the external invasion,

The city of Ezbet El-Borg is very important, as it is one of the largest ports for building ships and tourist yachts in Egypt. It also has the largest marine fleet for fishing in Egypt and is characterized by the purity of its atmosphere, as it is located on the other bank of the Nile from the city of Ras El Bar. Its population is about seventy thousand. It is famous for shipbuilding, as it has a large shipyard, and its people own the largest fishing fleet in the republic. It has a fish canning plant 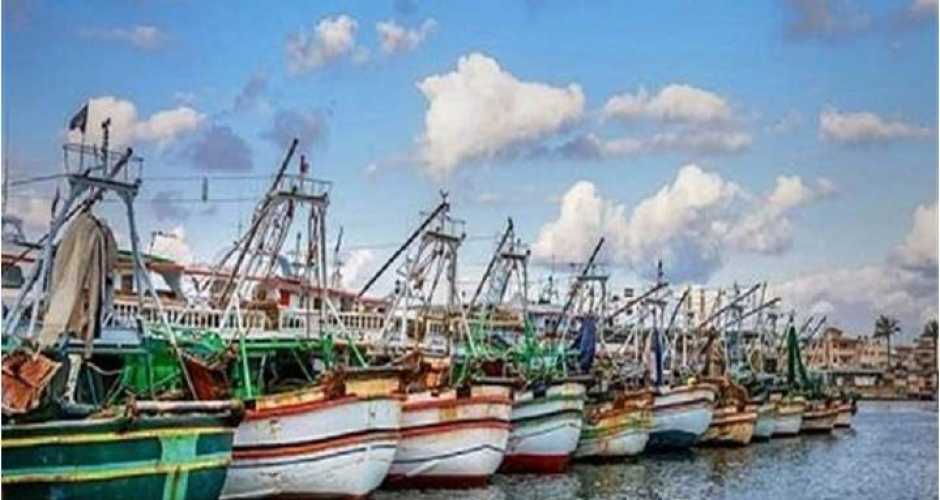 Damietta is also rich in Coptic history, The Church of St. Mary Gerges, that enshrines the relics of the ninth century Mary Gerges. 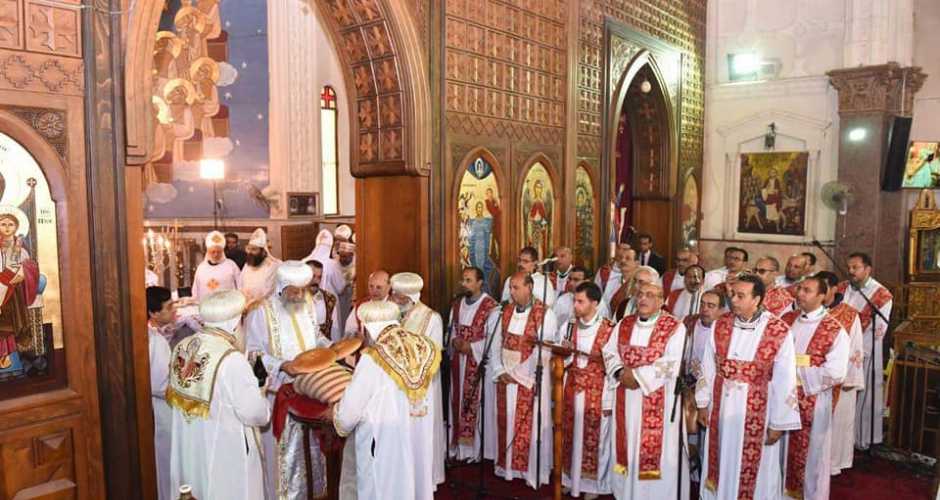 7-The Fort of Oraby

It was originally built by the French expedition (1799-1801) to defend the country against sea attacks, and later it was used by Egyptian patriots during the Oraby revolution (1879-1882) and thus named after him. 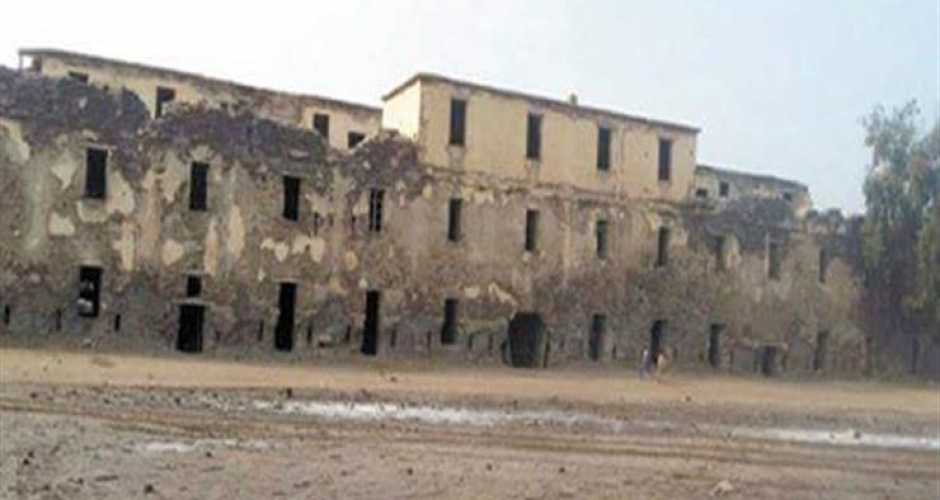 It is considered one of the most important archaeological hills found in Damietta Governorate, and is located northeast of the city of Kafr al-Battikh, and has an area of ​​approximately 7 acres, and it is likely that it was an ancient Egyptian cemetery dating back to the twenty-sixth and late Pharaonic dynasties, and 1,100 antiquities were chosen, extracted from the site, to be within The scenario of the museum display in the Grand Egyptian Museum, which is currently being established, is scheduled to open in the middle of next year, and all the relics have been transferred to it. 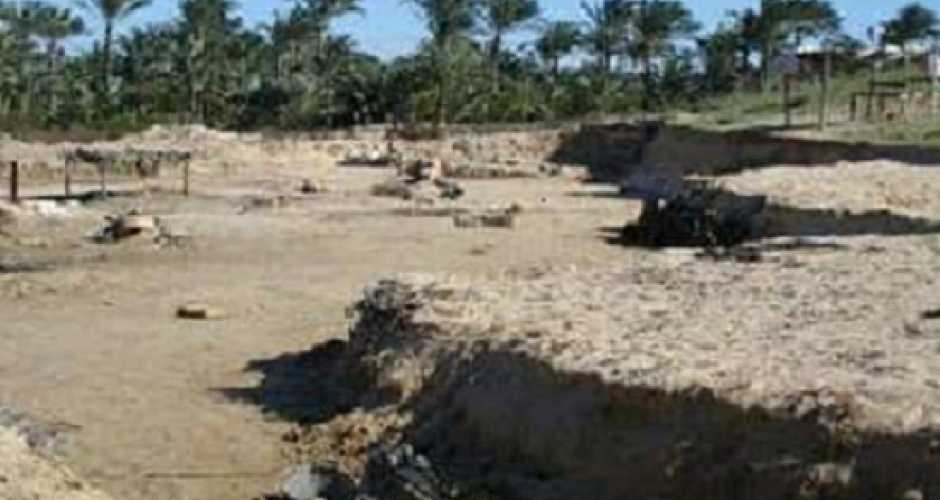 Damietta's most famous and beautiful mosque is located on the eastern bank of the Nile in Damietta and was first renovated in 1009  during the reign of the Ottoman Empire. It was built on an area of ​​1200 m² in Andalusian style, then it was restored and rebuilt for the second time in Andalusian style also in 1967. Its walls are decorated with the finest Islamic inscriptions and have five domes, two minarets and a cultural and religious library attached to it. 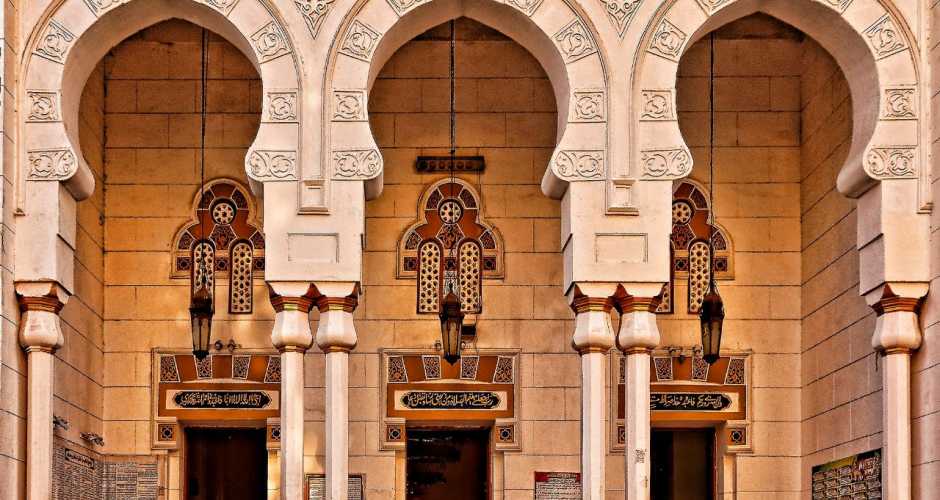 The area of Tell al-Deir In New Damietta is a huge Necropolis which was used throughout different periods in ancient Egypt, and was especially important during the twenty-sixth Dynasty, all the way through to the Greek period and then the age of the Romans and Byzantines. The limestone coffins were made of fine limestone, which depicted human faces, probably of the deceased. The coffins were transferred to the Great Egyptian Museum. 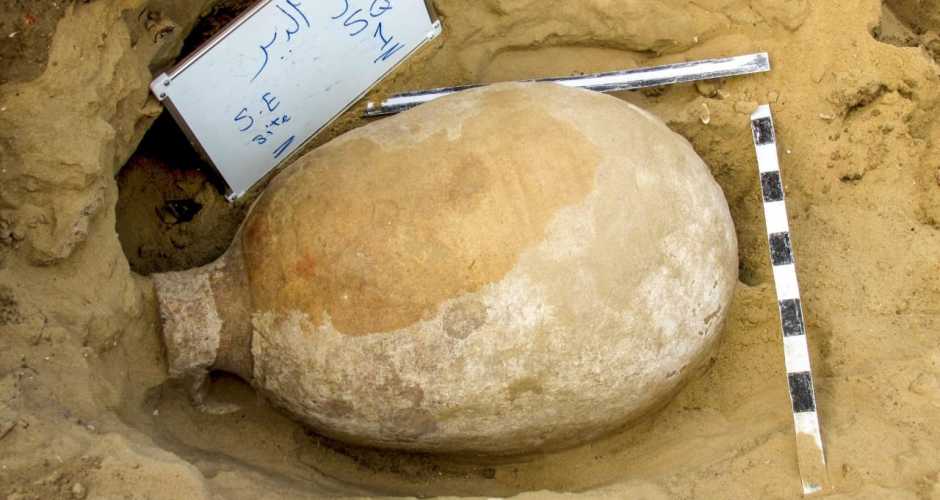 Tours from Cairo to Damietta City 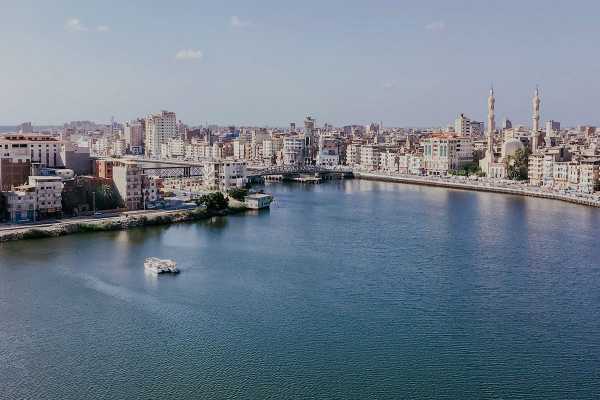 Enjoy Private day tour to Damietta City from Cairo,Visit the castle of industry ( Damietta) ,Discover the highlights of Damietta,The mosque of Amr ibn al-As, the Coptic Church, The Mosque of El Maeni, and Enjoy walking at Lissan area at Ras el Bar, see the mouth of the River Nile with The Mediterranean Sea  and Enjoy lunch in Egyptian Restaurant at Ras e Bar.

Transfer to and from Cairo airport to Damietta 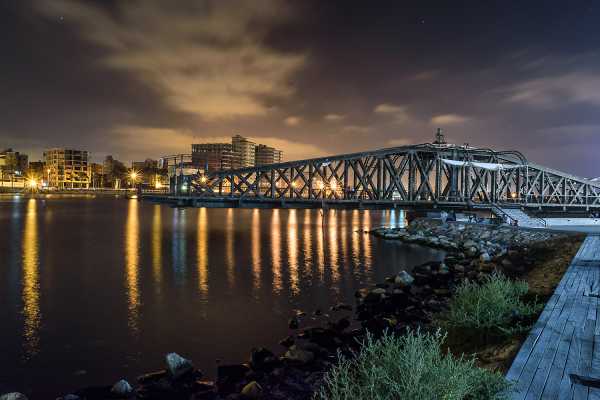 Avoid the hassle of Taxi drivers, enjoy a private transfer from Cairo Airport to Damietta hotels by our air-conditioned vehicles, our representative will help you to offer different sightseeing tours in Damietta , Whether you arrive or depart our staff work 24/7 Pickup airport transfer from the airport, you can book online now. 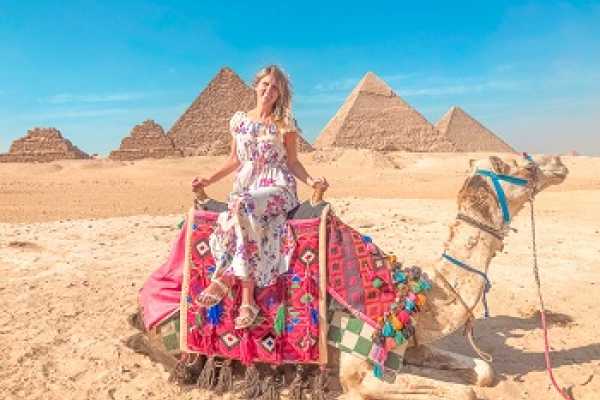 Transfer to and from Alexandria airport to Damietta 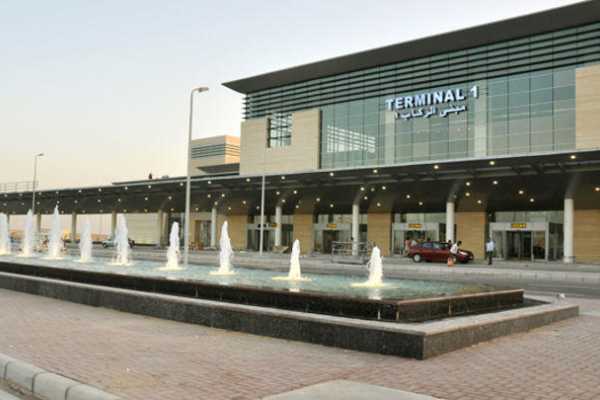 Avoid the hassle of Taxi drivers, enjoy a private transfer from Cairo Alexandria to Damietta hotels by our air-conditioned vehicles, our representative will help you to offer different sightseeing tours in Damietta , Whether you arrive or depart our staff work 24/7 Pickup airport transfer from the airport, you can book online now. 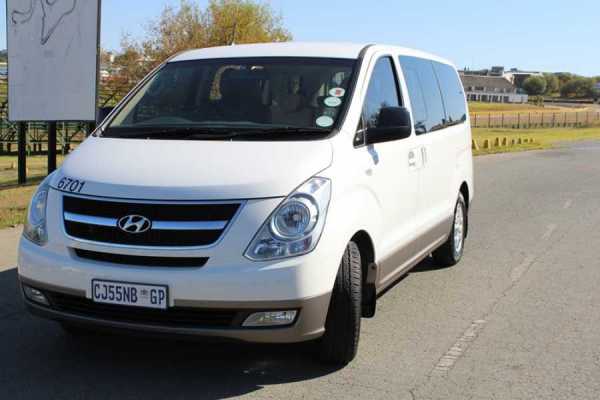 Enjoy private transfer from Cairo to Damietta Hotels Airport by our air-conditioned vehicles, Book online Cairo Airport transfer with us.