3-The Pyramid of Mykerinus

Mykerinus the builder of the third pyramid of Giza, He was the son of Khufu, His Pyramid is 66 meters high and Covers less than a Quarter of the Area of the Great Pyramid. His black stone sarcophagus, also carved with niched panels, was discovered inside but was lost at sea as it was being transported to England. 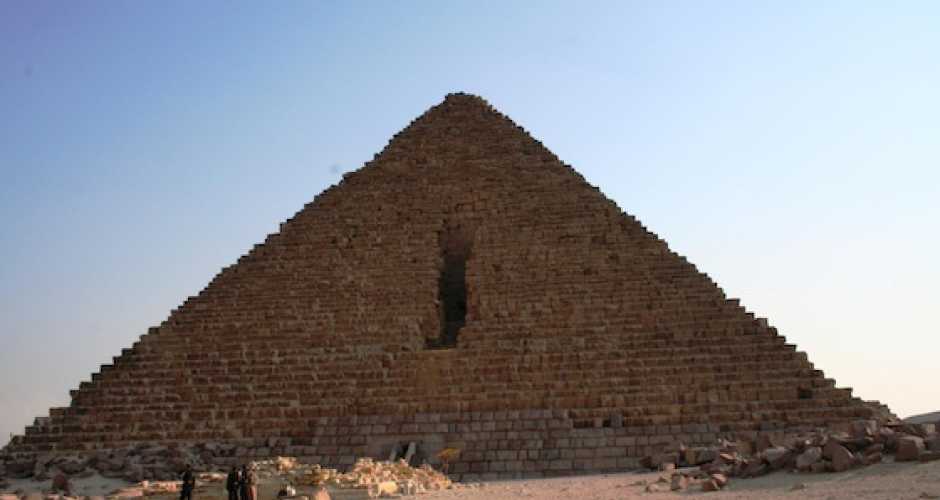