The top 10 attractions in Cairo

No trip to Egypt is complete without Visit Cairo.the Capital of Egypt .Cairo has a very rich history which spans for Centuries. Find the best places to visit and interesting things to do in this buzzing metropolis with our list of the top attractions in Cairo.

The Pyramids of Giza are Cairo's number one half-day trip and a must-do attraction on everyone's itinerary. Right on the edge of the city, on the Giza Plateau, these fourth dynasty funerary temples have been wowing travellers for centuries and continue to be one of the country's major highlights. Despite the heat, the dust, and the tourist hustle, you can't miss a trip here. 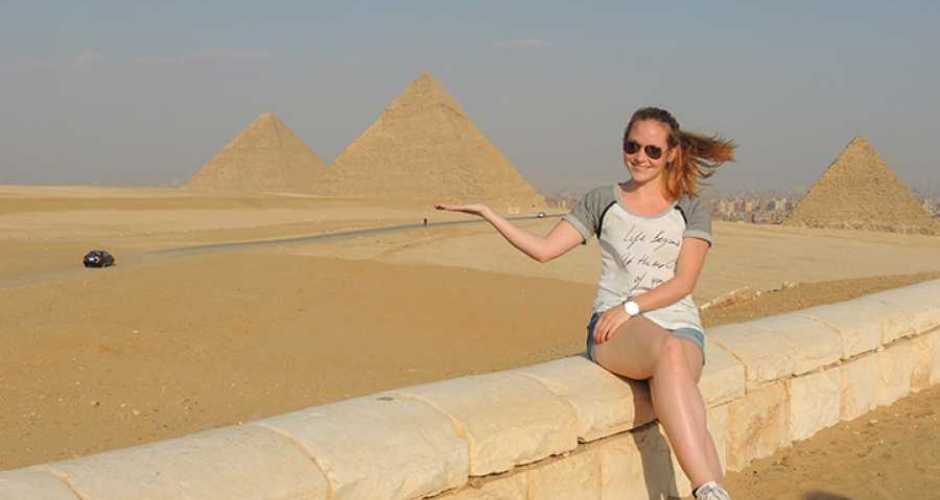 Egyptian Museum, Arabic Al-Matḥaf al-Miṣrī, the museum of Egyptian antiquities in Cairo, founded in the 19th century by the French Egyptologist Auguste Mariette and housing the world’s most valuable collection of its kind.

The Egyptian Museum was founded in 1858 at Būlāq, moved to Al-Jīzah (Giza), and moved to its present site in 1897–1902. It is unique in its presentation of the whole history of Egyptian civilization, especially of antiquities of the Pharaonic and Greco-Roman periods. The more than 100,000 items in the museum include some 1,700 items from the tomb of Tutankhamen, including the solid-gold mask that covered the pharaoh’s head. Other treasures include reliefs, sarcophagi, papyri, funerary art and the contents of various tombs (including that of Queen Hetepheb hers), jewellery, ornaments of all kinds, and other objects... It also suffers currently with some empty cases due to artefacts having been transferred to the GEM, but you still can't help being impressed by the sheer majesty of the exhibits

Even when the GEM opens, this iconic building will still be used as a museum. It has not been announced which collections will stay here and which will be moved — except for the Tutankhamun Galleries, which will all eventually be transferred to the GEM.

The Egyptian Museum sits right beside Midan Tahrir, the central square of Downtown Cairo. The easiest way to arrive here is to take the Cairo Metro to Sadat station (on Midan Tahrir) and follow the exit signs to the museum. you make a day trip to Cairo Museum and the Pyramids of Giza in one day trip 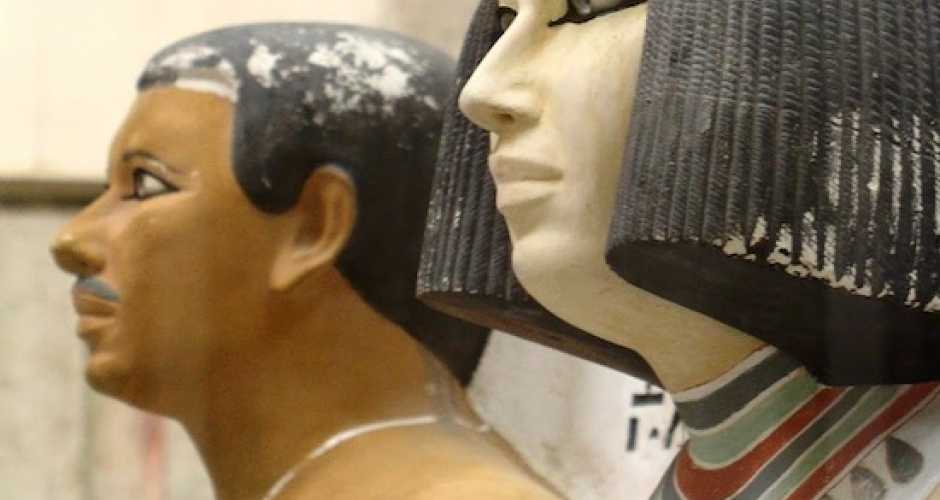 Saqqara was a Principal Necropolis of the Ancient  City Memphis, situated some 17 K.m from Giza Plateau, which was used from the 1st  Dynasty till the Christian Period. Sakkara served as the official Necropolis of Egypt`s main Capital City ( Memphis). The name of the site, Maybe derived from the God-Sokar- Or from an Arab tribe once a resident in the Area. in Saqqara, you can Visit 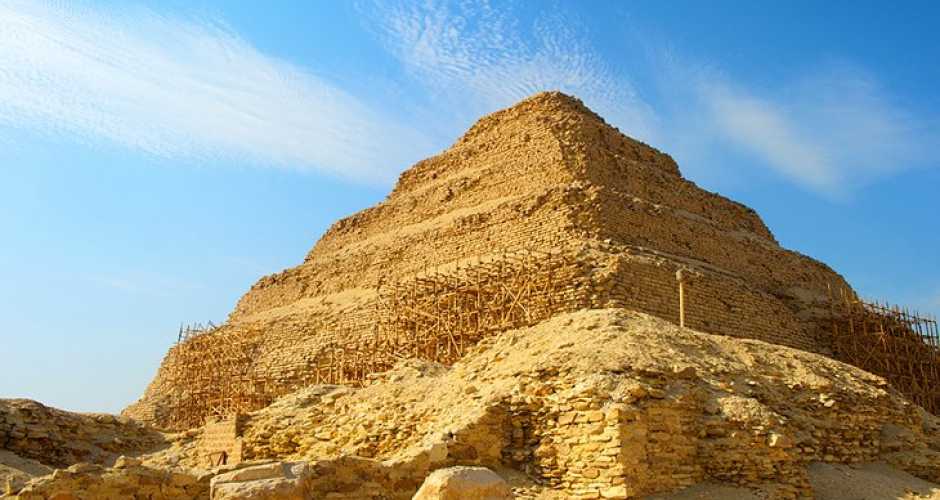 4-Memphis the oldest Capital of Egypt

The Capital City of Egypt for most of the Pharaonic period.The site of which is Centred on the modern village of Mit Rahina., some 24 k.m south of modern Cairo. It has been founded by the first ruler of Egypt King Menes( Narmer) during the early first dynasty in the old Kingdom( 3100-2686 Bc). The most obvious monuments at the site belong to the new kingdom, a fallen colossus of Ramses the second and an alabaster Sphinx of the New kingdom what you can see now during your visit. We advise you to combine your visit to Memphis with Sakkara and Giza one day trip 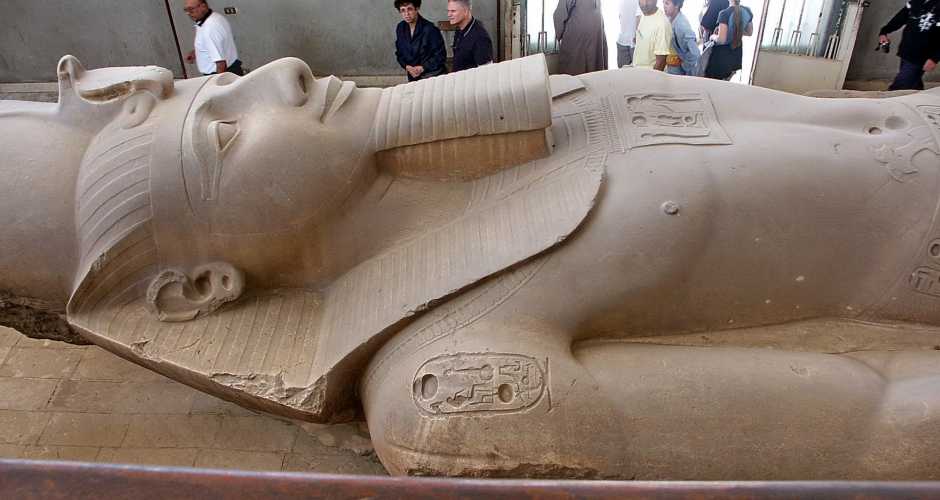 The most prominent of the surviving monuments at Dahshur are the two pyramids of the fourth dynasty, The two Pyramids. The red Pyramid and The bent Pyramid) were built by King Snefru( 2613-2589 Bc).the three other major Pyramids belong to the ruler of the middle kingdom( Amenemhat the second and Senusert the third and Amenhemat the third). 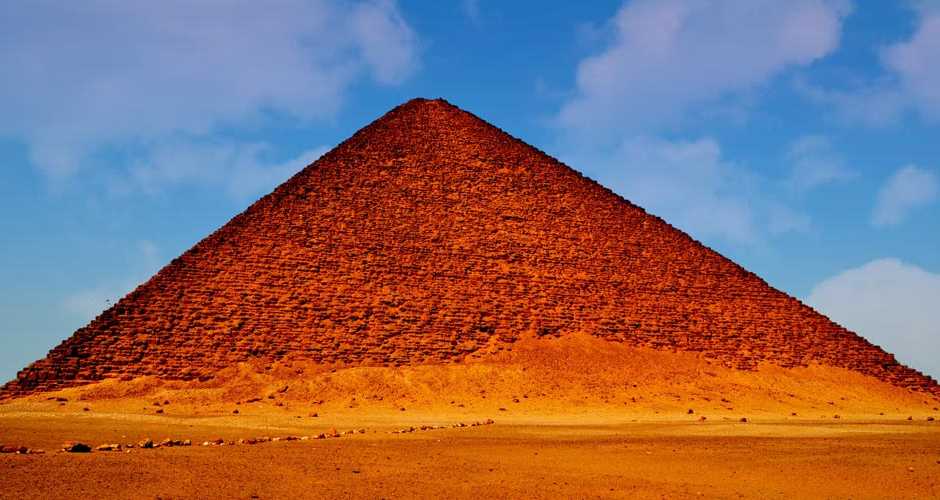 6-The Citadel of Sultan Saladin

Cairo's citadel was built by Saladin in 1176. on the top of Mokattam Hills, it was built to defend the city against the Crusaders.

The Mosque of Muhammad Ali is the most famous monument and the main reason for visiting. Nicknamed the "Alabaster Mosque," its white stone and tall, disproportionately slender minarets are one of Cairo's great landmarks. The other big reason to come up here are the views across the city; head to the Gawhara Terrace for the best panorama in town.

Just to the northeast of the Muhammad Ali Mosque is the El-Nasir Mosque, built-in 1318-35 by Mohammed el-Nasir. A collection of rather half-hearted museums (the Police Museum, National Military Museum, and Carriage Museum) take up some of the other buildings on-site and are more worthwhile viewing for the architecture of the actual buildings rather than the exhibits themselves. 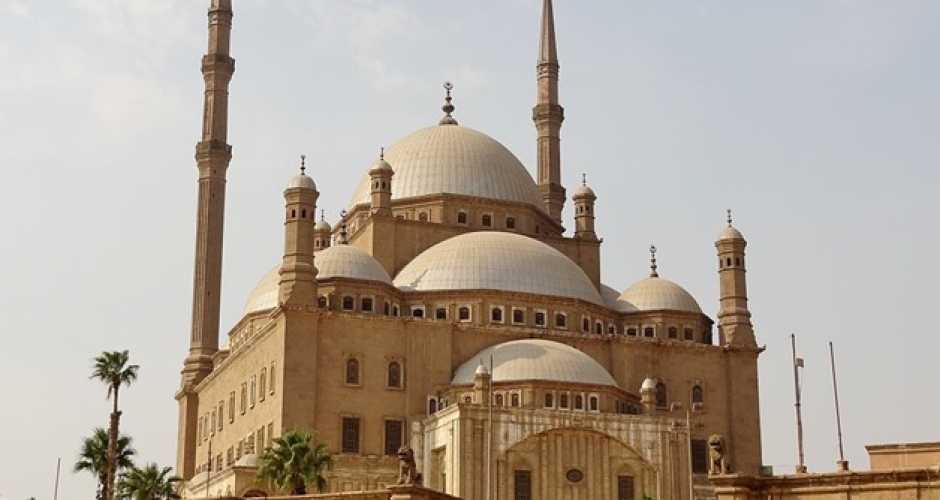 This small church-filled cluster of twisty laneways lies within the walls of Old Babylon where the Roman Emperor Trajan first built a fortress along the Nile. Parts of the Roman towers still preside over the main street.

The Coptic Museum here contains a wealth of information on Egypt's early Christian period and is home to one of Egypt's finest collections of Coptic art. Next door, the 9th-century Hanging Church contains some beautiful examples of Coptic architecture. Founded in the 4th century, the church was originally built over the Roman gate towers (hence the name) and was substantially rebuilt during the 9th century.

For many Christian travellers though, the real highlight of a visit to this district is the Church of St. Sergius and Bacchus, where local legend says the Virgin Mary, baby Jesus, and family sheltered during King Herod's massacre of male babies. Farther into the quarter, you come to the Ben Ezra Synagogue, which is said to be built near the spot where the baby Moses was found in the reeds. Just outside the quarter, you can also visit the Mosque of Amr Ibn al-As; the first mosque built in Egypt. 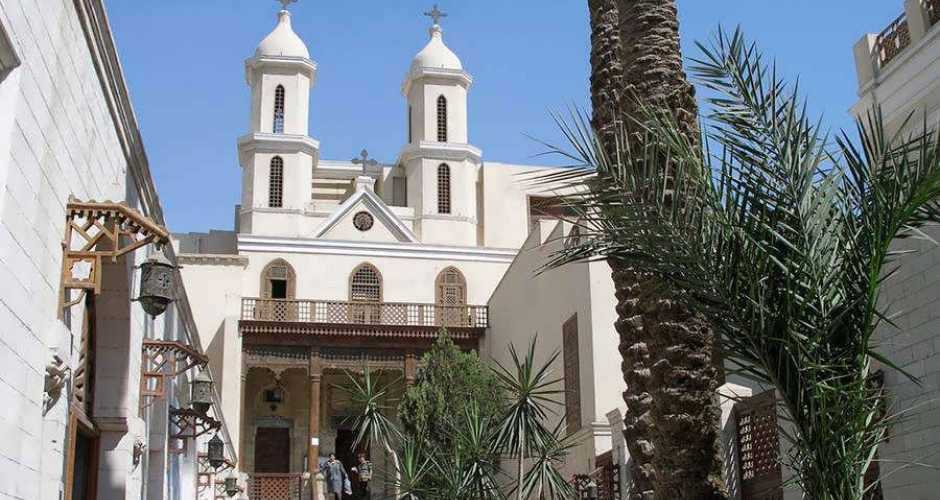 8-The Mosque of Sultan Hassan

between 1356 and 1363 during the Bahri Mamluk period, commissioned by Sultan an-Nasir Hasan. The mosque was considered remarkable for its massive size and innovative architectural components and is still considered one of the most impressive historic monuments in Cairo today. This mosque is stunning and impressive from outside and inside. The mosque occupies almost 8000 square meters and the building is about 500 meters long, 68 meters wide, and 36 meters high. The massive main doorway at the north corner is almost 26 meters high and the minaret at the south corner is the tallest in Cairo at 81.5 meters. A mosque is an active place of worship. At the time of visiting the mosque women need to cover their heads; arms and legs and all visitors will need to leave their shoes prior to entering the mosque. 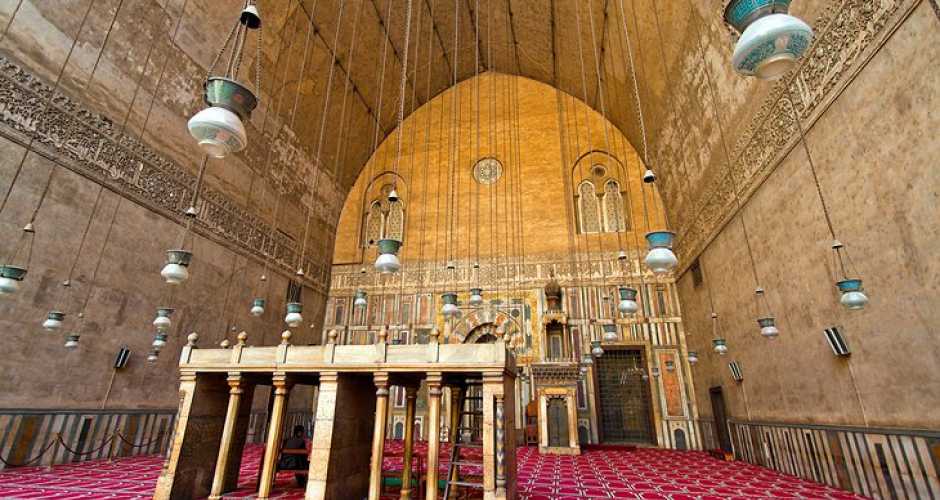 This one of the oldest streets in Cairo , the street has different fine Mamluk buildings, which have been painstakingly restored to their former glory. The Madrassa of as-Salih Ayyub, built in 1247, is a showcase of the tranquil simplicity of Islamic architecture.

Directly across the road from the madrassa is the drop-dead gorgeous Madrassa of Qalaun, rightly considered one of the Mamluk period's greatest architectural triumphs. It was completed in 1293 by Qalaun's son, Muhammad al-Nasir, and has an interior packed to the brim with intricate tile work, fine marble, mother-of-pearl mosaics, and stained-glass windows. Qalaun's madrassa also functioned as a hospital when it first opened. Taking a leisurely walk down Sharia Al Muizz Li-Din Allah is stepping back in time to Cairo in the days of the mamluk and  Ottoman empire 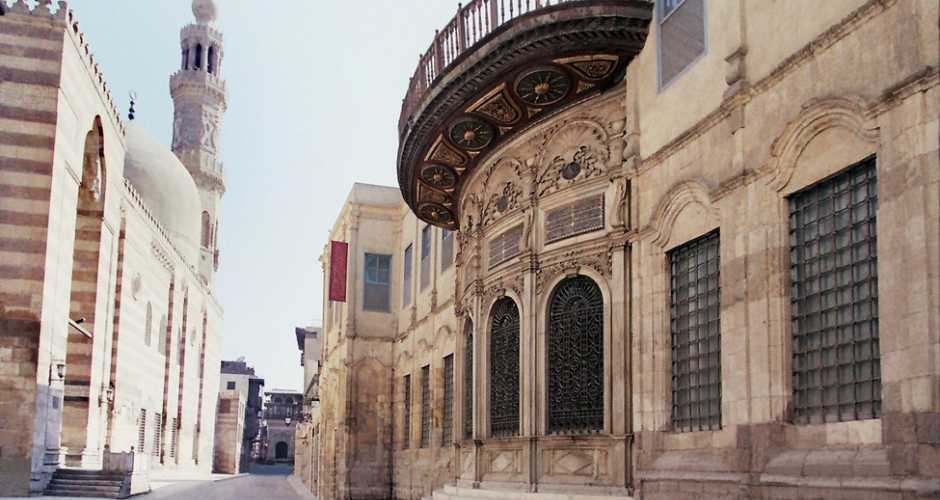 The place has an amazing atmosphere mix with very friendly people and much more antics to find it belongs to all civilization in Egyptian history. Big Bazaar in old Islamic Cairo, One of the most beautiful places in Cairo , Beautiful accessories and collectables, Khan al-Khalili , Enjoy tea time at El Fishawy Cafe, This is the most famous cafe in Khan EL Khalili, the ancient souq of Cairo. This was one of the famous Nobels of Naguib Mahfouz and the place where you can really understand Cairo 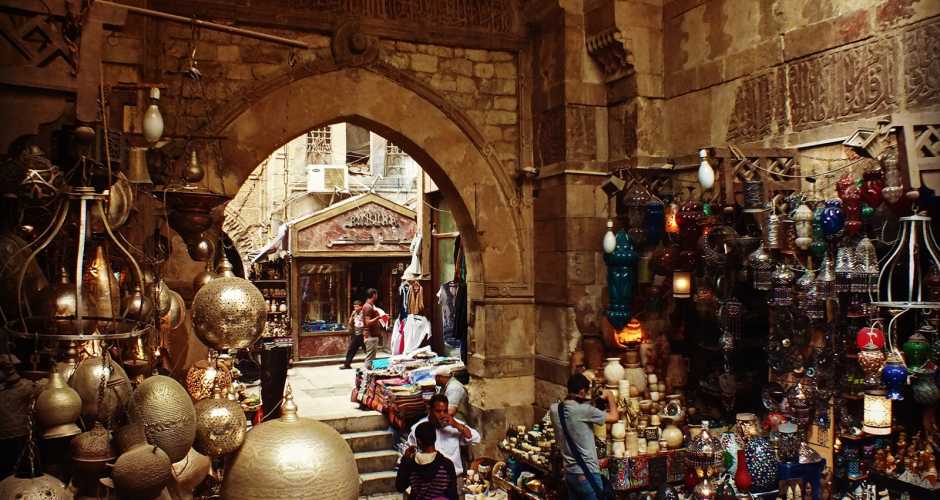