We offer Three days tour to Aswan,kom ompo, Edfu and Abu Simbel from Portghalib or port Ghalib hotels. Visit Aswan Highlights, The High Dam, The Temple of Goddess Isis on Phiala island, the Unfinished Obelisk and sail on the Nile with Felucca and Visit  Abu Simbel, Ramses the Second most great work. and the Temple of the Queen Nefertari, Visit Komompo temple and Edfu on the way back to Portghalib

Early in the Morning at 05:00 am You will be picked up from Hurghada hotel or Port Ghalib Hotels to Aswan by Private vehicle, It takes 4 hours driving. 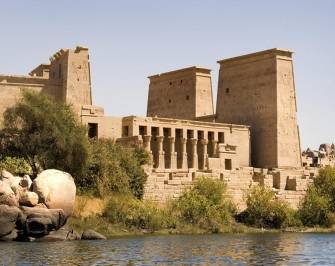 An early pick-up from your hotel in Aswan at 04: 00, travel by air-conditioned vehicle from Aswan to Abu Simbel, It takes 3 hours driving to the temples of Abu Simbel before the heat of the day.

The temples of Abu Simbel

The temple two temples were Carved out of the mountainside during the reign of Pharaoh Ramesses II in the 13th century BC, the Abu Simbel temple complex
Upon arrival, an Egyptologist guide will tell you all about one of the greatest and most whimsical pharaohs in Egyptian history. Marvel at the main façade of the Great Temple to Ramesses II and its 4 statues of the pharaoh seated on his throne following his advancing age.
In theory, the main temple is dedicated to Amon-Re Horakhty and Ptah, but in practice, it was constructed for the greater glory of its builder, Ramses the Great. Continue to the smaller temple of Ramesses' consort, Queen Nefertari, situated right next to the Great Temple. Admire the impressive rock-cut façade depicting the pharaoh and his queen.

Re-board the coach at 09:00 for the return transfer to Aswan Overnight in Aswan 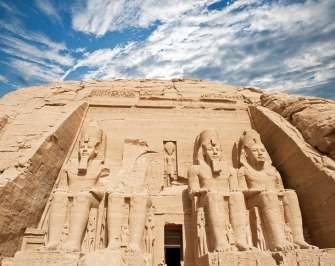 The temples of Kom Ompo

Kom Ombo. Of all the ancient Temples in Egypt, this is the only one which is divided into two, to reflect it’s dedication to two Gods: Sobek, the Crocodile God of fertility; and the falcon-headed Horus, God of the sky. Kom Ombo is also famous for the depictions of surgeon's instruments, giving us an early record of medicine and surgery in Ancient Egypt

Then Move to Edfu temple

he huge Ptolemaic Temple of Horus at Edfu, the most complete and best preserved of the Egyptian Temples, consisting of many columns, halls, chambers, and chapels.

Two statues of Horus flank the twin-towered entrance gate and inside, an interesting inscription lists the titles of books (scrolls) held in the library 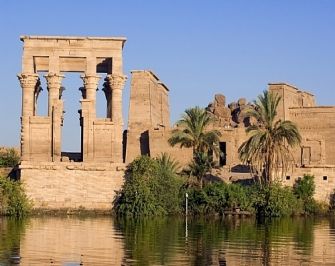