Enjoy 3 Nights /4 days Nile Cruise on Grand Princess Starting from Aswan down to Luxor with the visit to the Highlights of Egypt the High Dam, The Phila temple, Edfu and Kom ompo, Sailing on the Nile and Visit Luxor, The Valley of Kings Karnak temple

Embarkation& Lunch onboard of the Nile Cruise, proceed
Visits of Aswan including the temple of Philae and tour by Felucca around Elephantine, the High Dam, the Unfinished Obelisk

► Phiala temple
Built to honor the goddess Isis, this was the last temple built in the classical Egyptian style. Construction began around 690 BC, and it was one of the last outposts where the goddess was worshipped. 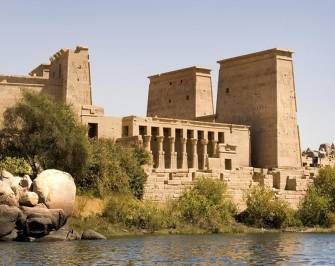 Breakfast & Lunch on board the cruise.Early Visit to Abu Simbel from Aswan

►  Visit The temple of Kom ombo

The temple and the associated settlement site located 40 K.m north of Aswan, the temple was dedicated to the deities Sobek and Horus  and date mainly to the Ptolemaic and Roman period(332 B.b -395 A.c)
Sail to Edfu-Overnight in Edfu
Dinner &overnight on board the Cruise
Galabyia Party. 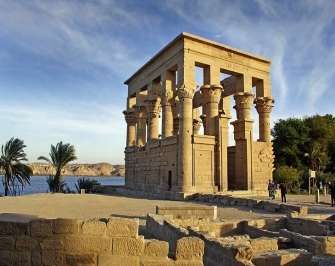 Upper Egyptian site dominated by a large well -Preserved temple, dedicated  to the hawk-God Horus, The Construction of Ptolemaic temple of Horus,which was founded on the site of a much earlier temple, dates to the period between the reigns of Ptolemy the Third(246 B.c),The descriptions on the walls  include the Myth of contending of Horus and Seth(Probably performed annually as a religious Drama.
Sail to Luxor through Esna lock
Visit Luxor temple
► Luxor Temple:
Largely built by the New Kingdom Pharaoh Amenhotep the Third and Completed by King Tutankhamon and the Great King Ramses the second, The First pylon was raised by Ramses the second and Decorated  with His Military Battle of Kadesh
Dinner &overnight on board the Cruise 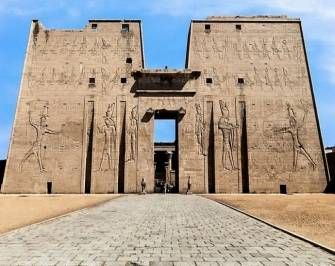 ► The Valley of the Kings :
Once  called the great Place of the Truth, this valley Called now the valley of the Kings, It is a Majestic domain of the Pharaohs who once lay in great stone Sarcophagi, awaiting immortality, The isolated valley behind Deir el Bahri is dominated by the Pyramid-Shaped Mountain Peak

► The Queen Hatshepsut temple :
Rising out of the desert Plain, in a series of terraces, The temple of Hatshepsut Mergs with sheer limestone Cliffs of the eastern face of the Theban Mountain as if Nature herself had built this Extraordinary monument. 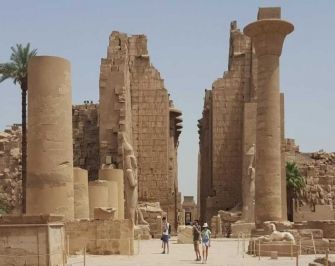