Day tour to Alexandria from Cairo by Car

We offer Private day tour to Alexandria from Cairo by Car,Pay a visit to Egypt's beautiful second city. See rock-cut Roman catacombs, the ruins of a Roman templecomplex, and Qaitbey Citadel. Visit the Bibleotheca Alexandrina and enjoy fresh seafood by the Mediterranean.

Our representative will pick you up from your hotel in Cairo or Giza at 07:00 am and then transfer you to enjoy an amazing day trip to Alexandria. First, visit Pompay's Pillar. The distance is 218 K.m, It takes 2 hours 24 mins driving

It was constructed in honour of Emperor Diocletian at the end of the 4th century. Originally from the temple of the Serapis, it was once a magnificent structure rivalling the Soma and the Caesarean. Then you drive to visit the Catacombs Kom el Shoqafa which are the largest Roman Cemetery consisting of three levels cut in the rock.

Archaeologists believe that the Catacomb of Kom el Shoqafa was started in the 2nd century A.D. and was used to intern the dead for the next 200 years. This was a period in the history of the city of Alexandria when there was a great mixture of different cultures. Of course, there was the ancient history of the great Egyptian kingdoms which went back thousands of years

Then we proceed to see the Qaitbay Citadel

► The Citadel of Sultan Qeitbay

The Citadel was built in the 15th Century by the Mamlouk Sultan Qeitbay, To Guard the City against the threat of Crusaders, This wonderful Islamic Monument was built by the use of the ruins of the old Lighthouse that was constructed by Ptolemy 11 in 3rd Century B.c. The Lighthouse was damaged during an Earthquake that Occurred in Egypt in 1303 A.c during the reign of the Mamlouk King  Qeitbay 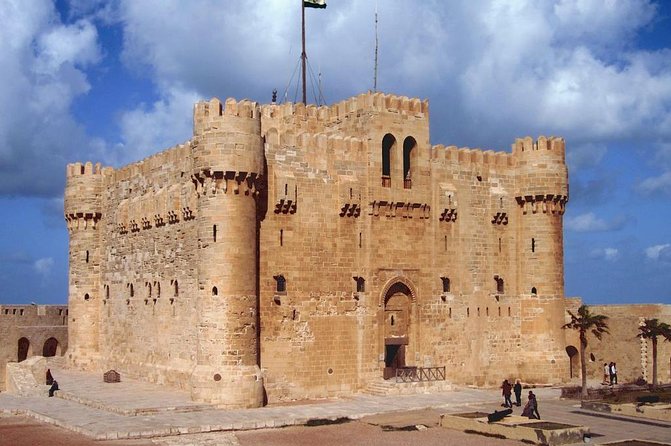 Lunch in Alexandria, then to Bibliotheca Alexandrina. 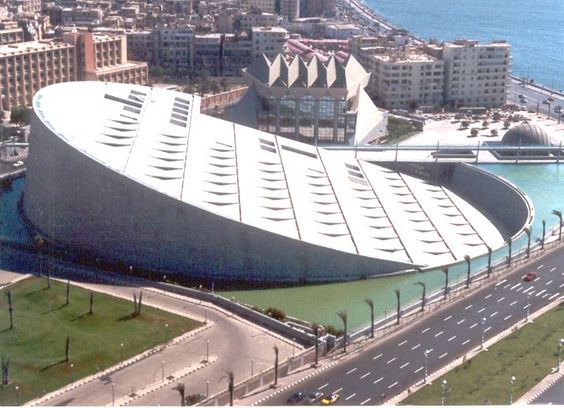 ►  The new Library of Alexandria

The Library of Alexandria was reborn in October 2002 to reclaim the mantle of its ancient namesake. It is not just an extraordinarily beautiful building; it is also a vast complex where the arts, history, philosophy, and science come together. Moreover, the myriad activities it offers have made it a place for open discussion, dialogue, and understanding.

Back to Cairo  from Alexandria Arrival Cairo at 19:00

►The prices for group